The Original Broadway Cast Recording for In Transit: Broadway’s First a Cappella Musical.

From writers Kristen Anderson-Lopez, James-Allen Ford, Russ Kaplan and Sara Wordsworth, In Transit is a show both set and about the hustle and bustle of living in NYC. With arrangements by Deke Sharon, the show straddles the line of sounding like a traditional Broadway show while embracing all of the fun tricks and tropes of contemporary a cappella. At the time of its closing, In Transit played 181 performances at Circle in the Square Theater, which is Broadway’s only theater in the round.

I edited this album. It was recorded by Alejandro Venguer, mixed by Ed Boyer and mastered by Bill Hare. 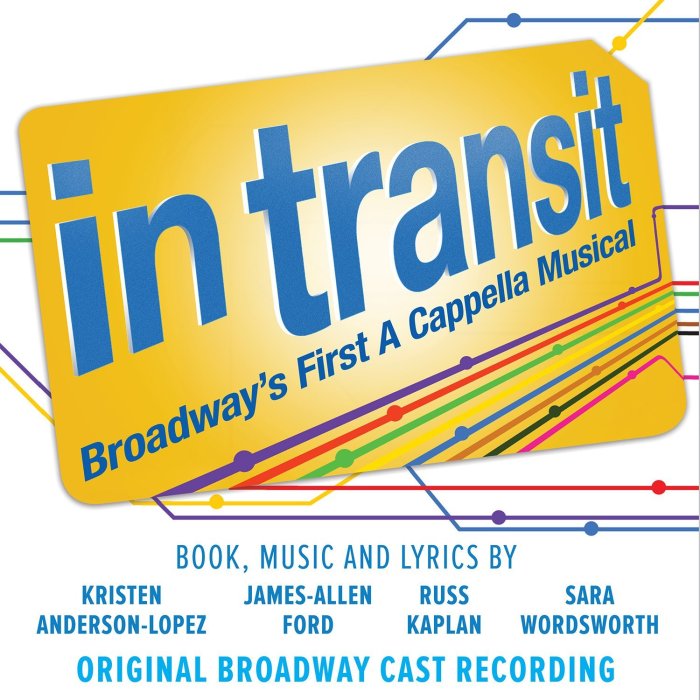